An event every month that begins at 9:00pm on day Fourth of the month, repeating until 30. June 2020 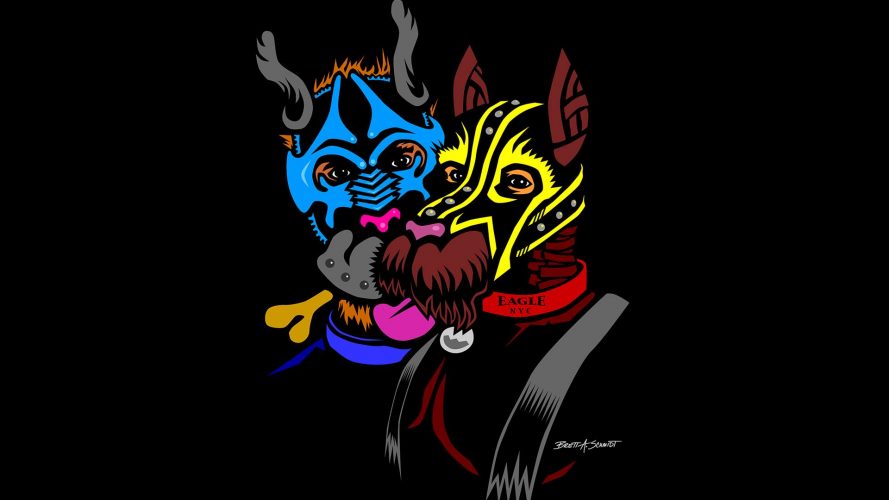 Pup Night – Monthly party for Puppies & their friends. No Cover.

A Tradition of Hot Men, Great Pool, Serious Cruising.
The Eagle bar originally was a longshoreman’s pub called the Eagle Open Kitchen at 142 11th Avenue at 21st Street from 1931 to 1970. In 1969 the stonewall riots in Greenwich Village produced a new found pride in being gay and the closet doors were slowly opening. In 1970, the Eagle Open Kitchen was acquired by Jack Modica who turned the pub into a leather/ levi bar. With a few coats of black paint and an old beat up motorcycle for decoration, an institution was born.

Back in those days it was known as The Eagle’s Nest. Its patrons loved the isolation and the raw masculinity of this dark playground on the West Side Highway. Gay Bashing by marauding thugs was not uncommon in this remote area of New York. Nevertheless, the men loved their “home away from home” and were undeterred. The Eagle quickly became engaged in many community-based activities such as holding tea dance benefits for national gay organizations. The Eagle was open 7 days a week including holidays so there was always The Eagle if you had no where else to go. Gay biker clubs held their club nights here and pool teams and softball teams were formed and served as a kind of community outreach in the spirit of friendly competition.

In the meantime, the leather/ levi ideal was flourishing in the gay community. The works of Tom of Finland became icons for masculine homoeroticism and were finding their way into museums and galleries worldwide. The International Mr. Leather contest in Chicago provided more visibility thereby increasing participation in the leather community and The Eagle sent its own representatives to compete. The Eagle bar which was now the definitive home to the man’s man inspired copies nationwide and eventually around the word. There once were almost 50 Eagle bars worldwide connected only by their common sense of the masculine ideal.

As with all businesses, the Eagle experienced its ups and downs over the years. With the onset of AIDS in the 80s, sexual habits were changing and the gay community was reassessing itself. By the 90s the neighborhood was evolving and the frontier was now being gentrified. Old warehouses were converted into upscale loft buildings or art galleries. Landlords were not renewing old leases and by the year 2000, Jack Modica chose to retire rather than to reopen The Eagle elsewhere. The Eagle’s closing party at 142 11th Avenue was March 3-5, 2000. A new chapter in the history of The Eagle NYC was about to begin.

On Friday, October 5, 2001, The Eagle reopened at 554 W 28th Street. The overwhelming response evidenced by the long lines to get in testified to the enduring popularity of The Eagle. The current Eagle is housed in a two story building that was originally a horse stable dating back to the late 19th century. The mood is still dark and sleazy, the music is still heart pounding and the studs are still coming. The pool table is back as is that old beat up motorcycle. Mr. Eagle continues to compete at IML and the community service continues. Its roof deck opened in June of 2001. The Eagle has landed.

Further services offered by our partners
(you will be directed to the pages of the partner)
Find hotels with agoda Find gay-friendly accommodations in New York with misterb&b Enjoy
bed & breakfast with ebab.com
+ Google Calendar+ iCal Export

Whats going on in New York:

Click here to
see all 53 Events
in New York