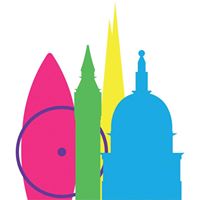 Pride in London provides a platform for every part of London’s LGBT+ community (lesbian, gay, bisexual, trans*, queer, questioning, intersex, non-binary, asexual, polysexual, genderqueer and gender variant people) to raise awareness of LGBT+ issues and campaign for the freedoms that will allow them to live their lives on a genuinely equal footing. Our annual Parade through the heart of the West End gives us a chance to be visible and speak loudly to the rest of the city about what we have achieved, how far we have come and what is still needed.

Pride includes people of every race and faith, whether disabled or able-bodied, and all sexualities and genders including lesbian, gay, bisexual, asexual, queer, questioning, intersex, trans*, genderqueer, gender variant or non-binary as well as straight and cis allies. Pride in London is run entirely by volunteers. We came together as London LGBT+ Community Pride in 2012 to find a way to deliver a Pride that London deserves.

Entry from 2017-03-01. Source Facebook. proudout.com does not guarantee the correctness of the entry.

Pride In London 2020 - Join us for the UK’s biggest free LGBT+ festival. 27th June 2020. Here we will share updates for the day as well as exciting events happening across London in 2020. We need your help to make it all happen! Volunteer to be part of our amazing team of volunteers. Find the perfect role for you here: http://www.prideinlondon.org/volunteer Make sure to like our Facebook page, follow us on Twitter and Instagram, and check back for more…